We’re done. The Canadians are mathematically out of the FIFA World Cup. But not without making a statement. After a historic run, Canada’s men’s soccer (or football, and vice versa) made The World Cup for the first time in 29 years and scored their first goal ever. And Canadians were watching. In fact, over 3.7 million Canadians were watching that final match between Canada and Croatia.

And all this hype came at a good time because we aren’t going to the world cup next time. The World Cup is coming to us. In 2026 the FIFA World Cup will be held in North America, with games being played in Mexico, the US, and, most notably, us. With two venues being used for the cup in both Toronto and Vancouver, Canada will become the hub for soccer fans the world over.

And as you may have already guessed, that is big news. Of all of the world’s sporting events, The World Cup is one of the most profitable. And this means big money for the host cities. Here are some of the profit margins projected by Toronto.

Vancouver has hopes even higher, with government releases promising “estimates that the tournament could bring more than $1 billion in new revenue to B.C.’s tourism sector during the tournament and in the five years following, depending on the number of matches played in Vancouver.” Sounds pretty good to me. But we still have to ask ourselves what this can really mean for Canadian businesses. While numbers and predictions have value, it can be hard to judge what to really expect. So, let’s look back. 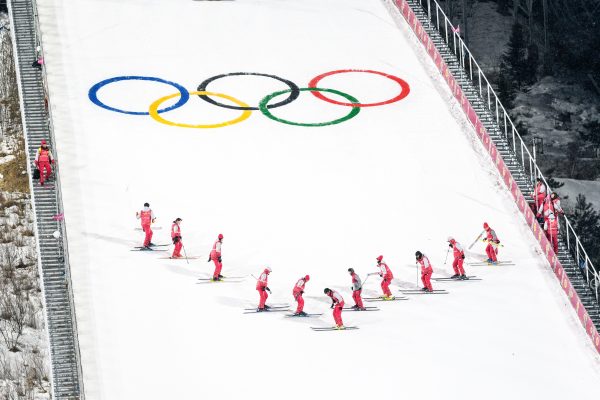 The Vancouver Olympics was, at the time, extremely efficient. According to a CBC article in 2020, “the final financial report said the federal government contributed $74.4 million, the British Columbia government $113.4 million and other governments $176 million. The International Olympic Committee kicked in $659 million in sponsorships and contributions to help cover the tab. Moreover, ticket sales raised $269 million, while licensing and merchandising accounted for another $54 million.”

The Olympic Committee followed this up finding that The Games also “injected CAD 600 million into the Vancouver economy, lifting economic growth by 0.8 per cent.” After some quick math… that equals… a whole lot of money!

Not bad. Other than the 554 million dollar price tag slapped on. But even with the price, studies have found major sporting events like Vancouver still ended up being productive. For example, by the end of 2010, Vancouver saw upgrades to their airport, train, Convention Centre and transit system. All of which are still in use today and all of which are still finically viable. This made for a games that, even with a high price, came with strategies to develop long-term infrastructure.

So it seems like the sporting events in Canada, and in general, are quite the opportunity – not only for profits, but also for the city and location itself. But we still have holes in the story. Where are these profits going if FIFA enters the picture, and what does all this tourism even mean for the local crowd?

For one, It is estimated that Toronto alone will pay upwards of 300 million dollars for the six or so games they will be hosting. And that cost is supposed to rise, with Toronto city councillors and staff predicting that inflation will push that higher. 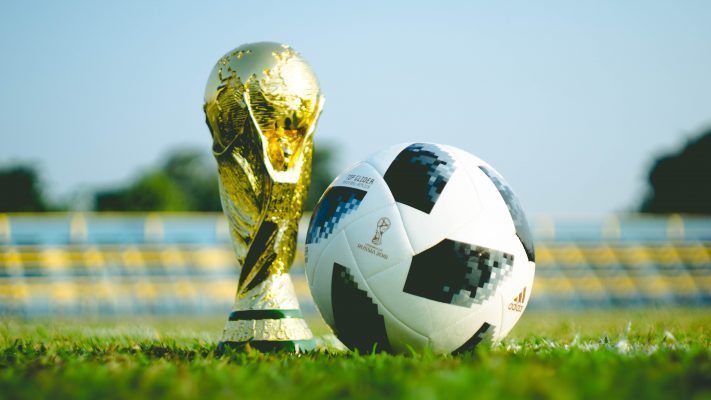 As we have seen with The Olympic Games, this can’t be all bad. After all, there is much to be made on ticket sales, sponsoring, media… Wait. FIFA takes all the money from ticket sales and claims all media rights? All the money is not split to any degree with the Canadian government or people? And football infrastructure built for The World Cup often creates debt due to the host nations having very few alternatives to recoup their investment.

That’s right. The game isn’t quite the same for FIFA. Unlike the Olympics where money and profits are handed more squarely in the host countries hands, The World Cup sees most of the revenue generated by the games put into FIFAs pockets. This is why you see FIFA, not Russia, FIFA, earning 7.5 billion dollars in revenue from their World Cup.

The World Cup: Still Something to Look Forward To?

But this doesn’t mean all hope is lost. Remember, the Vancouver government isn’t pushing ticket sale profits; they’re pushing tourism profits. And this is where the buy-local opportunity comes in. After the Olympics, the World Cup is the world’s most popular sporting event in terms of travelling to the host country. The World Cup is also the second most watched sporting event, with over 3.6 billion people this year alone. That’s right. A BILLION people are watching this year’s cup in Qatar. And that means something for Canadian local businesses.

In my eyes, it boils down to two things;

To sweeten the pretty sour deal, FIFA even pushes more stats. Here below is an official slide from a FIFA pitch for host countries. These stats are pulled from the 2006 World Cup in Germany. 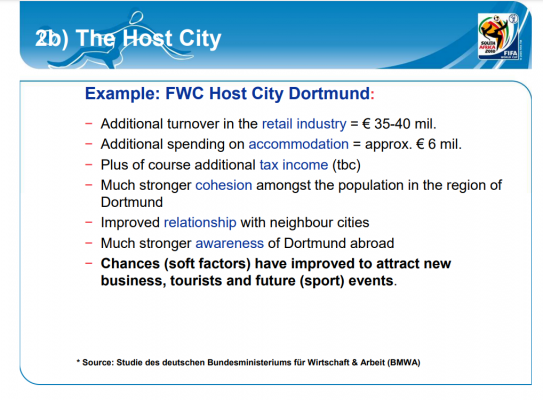 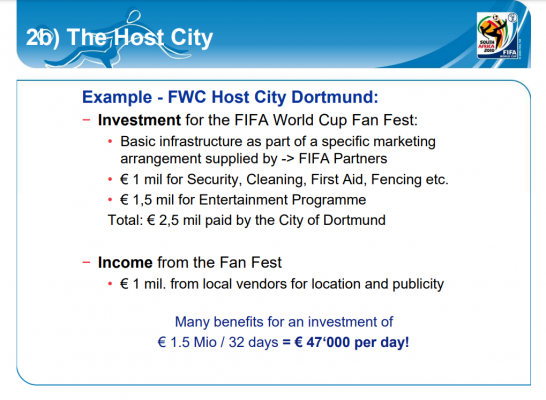 Mixed Feelings for the World Cup

In the end, The World Cup, FIFA and the whole debacle that is hosting The World Cup are a bit of a mixed bag. In terms of profits, money and the buy local shopper, the opportunity is there. If used, the tourism and eyes pointed to Canada alone creates a major opportunity for local businesses. But it isn’t perfect – far from it. FIFA presents a major ethical problem for host countries making The World Cup a bigger pill to swallow than what is made out to be. Especially when compared to The Olympics.

However, The World Cup still opens the door for a host of opportunities for local businesses on pure tourism alone. So while in terms of general politics, The World Cup has its shadowy side, there are arguable benefits to host cities and countries. It’s just a shame that FIFA doesn’t enforce standards of ethical treatment of the workers that make The World Cup possible in all host countries.

What are your thoughts? Do you love the game? Excited, dismayed or a bit of both about Canada being one of the FIFA World Cup host countries in 2026? Feel free to share your thoughts in the comments!